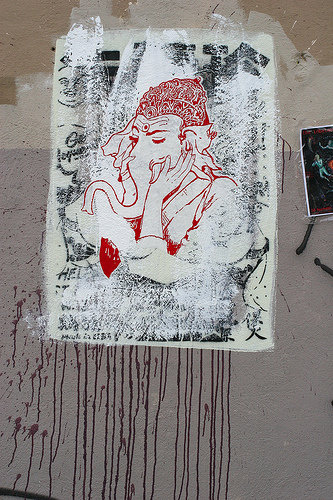 When I turned 22 I started tempering with my soul. Lacking confidence in any of the known (subscribed?) religions, I’d often felt unoccupied, quintessentially blank. In times of joy, I acknowledged the emotions, drew pleasure from their light substance and held hands with positive delight. In times of pain, I cursed remorsefully at my weaknesses. At all times, I had felt evacuated of my specter.

A few miracles took place that year. I met several of the best people and friends I’ve ever had the pleasure of knowing, I landed a job in a terrific environment where I felt challenged daily, I started to dabble a bit in yoga, and studied philosophy, world religions and science ~ as a past time ~ with great hunger.

I forgave my emptiness, I allowed the whispery personage to seep back into my being. I took pleasure from knowledge and repletion in the training (re-training?) of marrying my physical and metaphysical senses.